What is snow culture?

Snow culture is a type of snow produced by the mix between pressurised water and compressed air thrown in the snowguns. This mix leads to snow.

During the winter, a system sucks the water from previously identified sources and send it into the snowguns in order to create snow culture. Once the winter season is over, the snow melts and is entirely restitued (by evaporation or infiltration) in it’s natural habitat.Thus we don’t talk about water consumption but water extraction.

Why do we use it?

Snow culture maintains the ski economy, bearer of 120 000 employments in the french resorts. Essentially, we use it to create a 30 to 50cm high snow undercoat at the beginning and the end of the season.

How do we make it?

Where does la Rosière stand?

La Rosière Espace San Bernardo profits from one of the best snowfalls in the French Alps. 83% of the Ski Area is situated above 1850m high. Nevertheless, it is important to secure the beginnings and the ends of winter seasons with modern snow culture equipment.

In La Rosière, the snow culture network is rather recent. In 2002, the ski area implanted its 6 first snowguns on La Rosière’s snow front (Lièvre Blanc). The priority was to secure the connection with Italy and to ensure the way back to the resort.
11 « low pressure » snowguns  were installed on the ski area : on La Rosière’s and Les Eucherts’ snow front, and at the Plan du Repos’ bottom chairlift. Then 156 « high pressure » snowguns were installed on the rest of the ski area. In total, 12 slopes are equipped : Tétras, Renard, Gelinotte, Perdrix, Marmotte, Papillon haut, Dahu, Cabri, Lutins, Belette, le stade de Slalom and the snowpark Snowpark. 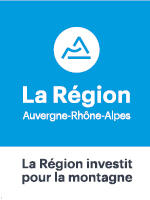 For the last 2 years, and thanks to the Auvergne Rhône-Alpes Region’s help, we manage to realise important investments work :

- The improvement of the snow culture on snow front’s beginners areas « Clarines », « Dahu » and
« Lutins ».
- Increase of the snow factory’s power (600m3 of production instead of 400m3)
- Acquisition of 3 mono-fluide snowguns (the fan type) on towers on all snow fronts.
- Change and modernisation of the pole snowguns head.
- Snow cover on top of the « Belette » slope.

La Rosière is further extending its network of artificial snow thanks to the support of the Auvergne-Rhône-Alpes Region.

For the 2020 works, the Auvergne-Rhône-Alpes Region has also decided to grant a subsidy of €600,000 for the following works:
- Extension of the network of artificial snow on the Papillon and Libellule slopes.

Amount of the works: €2,000,000 including tax.
This work will enable snow to be covered on slopes that are very popular with beginners and families.
These slopes are also the returns and departures of skiers from the future Club Med village, which will open in December 2020.